It was simple enough.

I was cleaning in anticipation of someone coming over to the house and stopped to make some kale chips, my body craving that leafy green.

The few hours until they arrived were filled with a simmering anticipation and I was so looking forward to what would unfold. Most importantly though, I was feeling slightly detached from the excitement and far more steeped in anxiousness about making sure that everything was just so, as though my stress levels would positively impact the day ahead.

More often than not, I do that though, and wrap myself up in a thought about how it should be then cling to it like flypaper trapping me in place.

While waiting for the oven to preheat and signal with its beep, that it was time to put the food in I was cleaning up the food prep mess and found this piece of kale sitting all on its own on the floor beneath the counter. 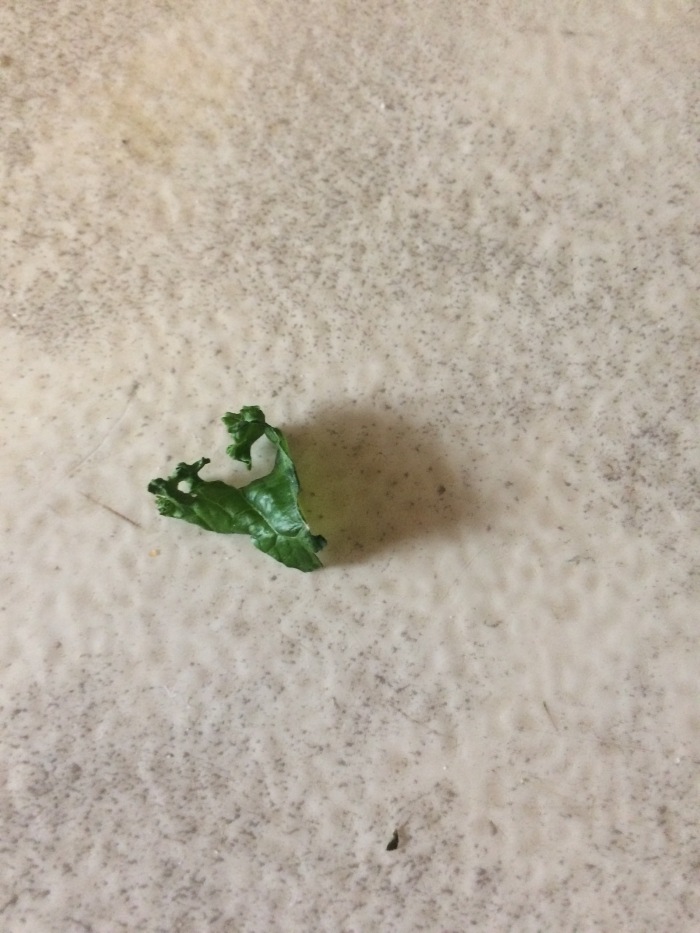 On its own there was no heart, but when you looked at it from the right angle, like all things in life, the heart was the only thing I could see; There was nothing else.

Naturally, I grabbed my phone and snapped a picture because it brought me back to my peace and reminded me that even with something as simple as cleaning, there was no reason to stress. Easy does it because it’s always working out in our favor.