It was nearing the end of summer and it was around the time that I started my then new job. I remember operating from a place of being present in the moment but I got very good at tuning out from other means of self-awareness that used to be at the centre of my world.

It was the first summer I didn’t spend hours wandering through the wooded areas near me because I was travelling so much and I was going back and forth between Toronto and my hometown. More than dirt trails I was used to, I spent my time driving across pavement and through concrete jungles. The beach one end-of-summer afternoon, afforded me an opportunity to let down my walls for a few minutes while taking in the breeze, the sights and the book in front of me. 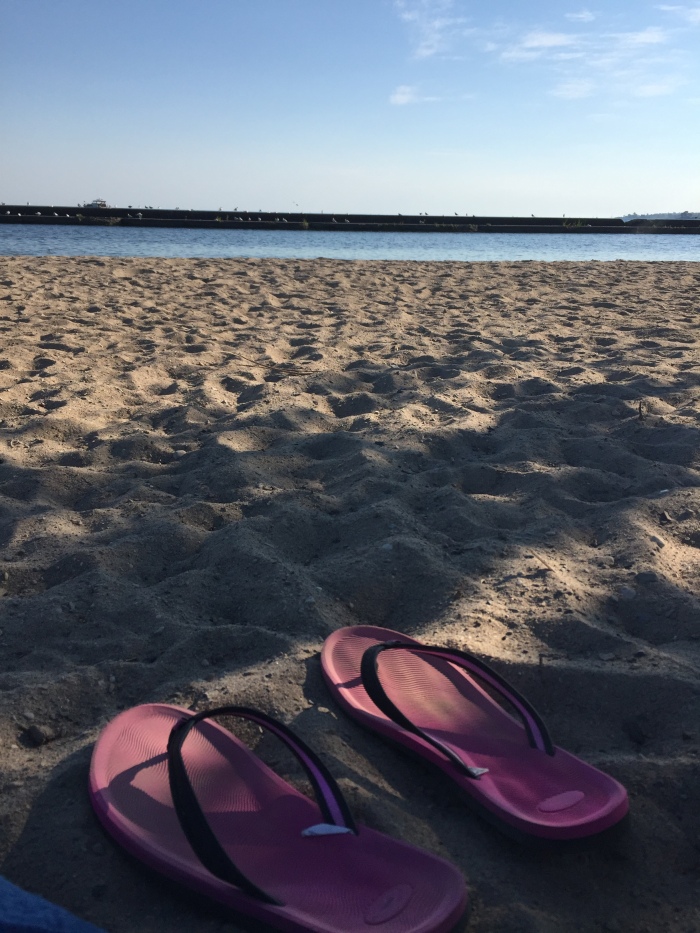 There are no greater gifts for my soul aside from being among trees, than being by a lake with a book and an unscheduled afternoon. Some people define luxury as having mansions, cars and six figures but if I have my needs met and I’m by the water where shoes are optional I’m “living the life”.

More on my mind than the beach though, was the job I was starting- what would I make of it? Would it be much different than the job I just left several months earlier? We have seasons where we recognize deeply held values and how these weave into our career. It was that kind of season for me- spending time taking apart what I was used to in order to better understand what I truly valued. I’m grateful now that I was steady through that time of seeking because I’ve realized that “sweet spot” I need for my work to be truly meaningful.

My thoughts were swirling through my mind because I was still very much caught up in believing that my worry would somehow predict the worst thing that could happen and prepare me for it.

What if this job wasn’t the right fit?

What if I needed to get another job on top of this one to live in this expensive city?

Would I be able to carve out a really great space for myself and what I want to do for the community?

I found myself “reading” entire pages and being in my head the whole time, not having absorbed a single word of the page whose words blurred together before my eyes. It was tiring because ultimately, I was doing 3 things at the same time: trying to predict the future by worrying about what the new job would look like, being present to the world around me and trying to read.

Tip: you will sleep well but when you worry that much the only thing it does is prepare your very unconscious mind for other unconscious states, like sleep.

Once a friend arrived, I set down the book and brought my focus back to the present moment by making conversation and enjoying their company. We stayed until the sun set. The fact that it was the last day before school started and before my job started, felt like I was watching the last of summer’s light fade on an incredible few months of blossoming.

That night after dinner, I went for a walk to Sweet Olenka’s on Queen St. in Toronto for some vegan dessert. I convinced myself that because it was all plant based, that it was healthier for me, though dessert is after all, dessert.

Having committed to leaving behind some of the bigger worries about the job starting the next day, I looked down along the way and saw two hearts and a unicorn on the sidewalk. 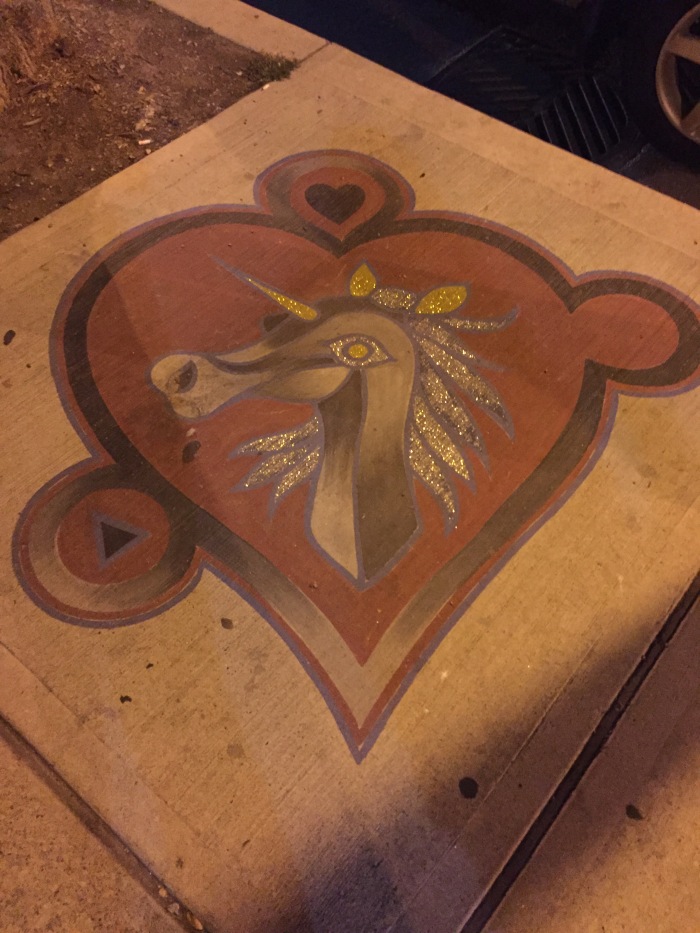 No, it didn’t fix everything but it did remind me that tomorrow would come regardless of how I thought about it. The day would greet me and the coffee would brew after my alarm went off to greet me in the morning. My concerns weren’t going to stop the day from arriving, nor would they improve the quality of what I had no idea of knowing.

It would only stop me from pausing while walking beside a busy Queen St. West in Toronto, to think of all the reasons I had to say, “Wow. Thank you,” for the season now coming to a close.

While walking back to the apartment I stayed at with friends, I thought about how far out I realized my “wings” could spread. I swore that their large span was solely for sheltering others but in the process of opening them up, I remembered that I could fit beneath them when I needed, too.