I was spending the day with one of my best friends, visiting the horses she kept.

Dutifully playing the role of photographer, I was capturing shots of the horses with her and her Mom on my phone and my DSLR. I was being paid in food, which I’m more than happy about (gluten-free chocolate chip cookies? Absolutely anytime, all the time). It may have seemed like I was doing something for them, but the truth was that at a time when every part of me wanted to stay closed and guarded because I was hurting, that afternoon was the best thing for me. Seeing so much life and such massive creatures act so vulnerably human was Nature at its finest, spreading its majestic wings just to make me smile. 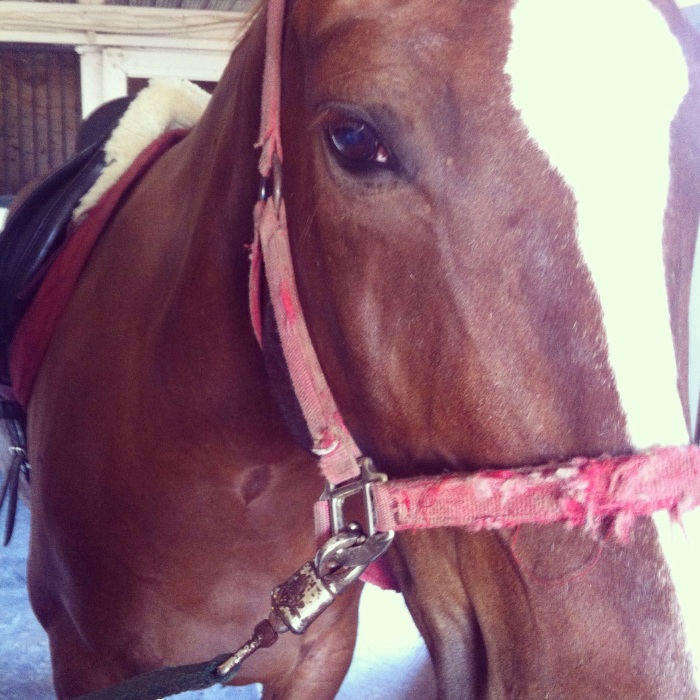 Many days throughout the summer, I felt like I was wallowing, though the pain of heartbreak felt so very real. It was ultimately a story I was telling myself about what should have been or what could have been, rather than what was. I wanted to run from the truth of the matter that it just didn’t work out the way I hoped.

I couldn’t understand why it hurt so much when the relationship that caused me so much pain only lasted a short period of time. It confused me to say the least, but the truth was that the dysfunction that came along with it was pure perfection. It brought to light the insecurities I had and the negative stories I told about myself. In the end, it was perfect because it may not have lasted for a very long time, but it was the perfect amount of time to make me ask the most important question: What horrible things I must think about myself to let others treat me so poorly and be totally okay without even the most basic respect from another person?

And I know too, that the person who treated me like I wasn’t enough was doing so only because they hated who they were first. I’m lucky because I have an amazing support system around me that brings healing and awareness sufficient to see that so in the end, I have more compassion than negative feelings to put out in the world about them. You do better when you know better and I’m just grateful that things ended when they did, so that person can go learn what they need to and leave me to spread my wings.

The evening sun was beating down on us, a slight chill in the air, though not enough to warrant jackets or departures from shorts and t-shirts.

I was working an overnight shift in a few hours and I remember feeling the heat of the sun on my face, taking in the scent of the world around me, thinking that I was so grateful to be outside enjoying the afternoon. I was stopped in my tracks by a song playing on the radio in the barn nearby: I Won’t Give Up- Jason Mraz.

The Universe has these funny ways of meeting me exactly where I’m at and reassuring me. At first I thought it must be some sort of sign that some big things are moving in my favor, but I had to wonder whether or not the Universe was singing its song for me, to me, about me; A reminder that it wouldn’t give up on me no matter how many times I would give up on myself. No matter how many times I walked into situations I knew would hurt me. No matter whether or not others saw me as being enough and certainly no matter if I believed myself to be enough.

Shortly after the song finished, I walked the length of the fence where my friend was riding her horse, Mr. P., and smiled when I found yet another heart.

I couldn’t help but feel totally supported. Sure, I could fight the tides and go against the feeling of love the Universe was giving me, but trying to paddle upstream was never my thing.

And let the wind carry me.